What can DNA tell you about a crime? What are the limitations of DNA analysis and some possible future uses?

Published: 21 January 2021
All our guides are date stamped and reflect the scientific findings and knowledge available at the time of publication.

DNA is present in most cells of our body. It is unique to each of us, and we leave a trail of it everywhere we go. Forensic investigators take advantage of this, using our DNA to draw conclusions about where we’ve been and who we’ve interacted with. DNA analysis has revolutionised forensic science. However, forensic experts have raised concerns that how DNA can be used in criminal investigations and in court is often misunderstood and misrepresented.

In 2016, EUROFORGEN researchers invited Sense about Science to work on a public engagement project, to address these misconceptions and produce Making Sense of Forensic Genetics. Following the success of the guide, we identified a demand for a Spanish edition of it and now a Polish edition. We worked with EUROFORGEN and the International Society for Forensic Genetics (ISFG) to create this new Polish edition of Making Forensic Genetics which addresses these misconceptions, as well as highlighting relevant cases in Poland where DNA and forensic genetics provided a key piece of the puzzle to solve a crime and also reflecting the way the Polish judicial and penal system uses forensic genetics information. The Polish version also includes an additional chapter on haploid markers and DNA testing.

The objective of this guide is to inform readers about the reality of DNA tests in forensic applications, their limitations and future uses. It will explain how DNA profiles are generated, what they are used for and how they can be misinterpreted. Also, we will describe cases in which DNA has been a turning point in a criminal investigation. We hope it will be a useful resource for anyone working with DNA testing or dealing with them in the criminal justice system.

What is the problem this guide is addressing?

The purpose of this guide is to inform the general public, journalists and professionals working in the criminal justice system about:

The guide was supported by the International Society for Forensic Genetics (ISFG) and the European Forensic Genetics Network of Excellence. It was developed in partnership with researchers from the Polish language working group of the ISFG, who were uniquely placed to adapt the English guide to a relevant Polish version.

The English guide on which the Polish version was based was the result of a public engagement partnership with forensic DNA researchers at EUROFORGEN (European Forensic Genetics Network of Excellence) and the International Society for Forensic Genetics. The guide received financial support from the European Union Seventh Framework Programme (FP7/2007-2013) under grant agreement n° 285487. 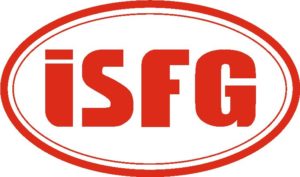